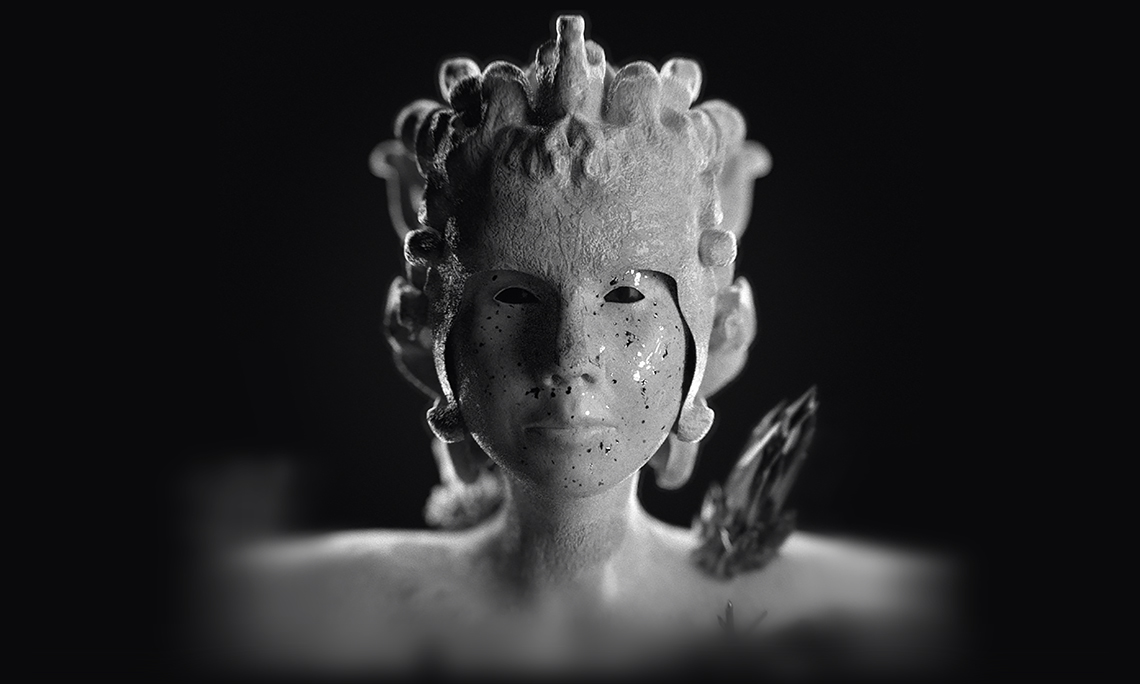 PFH * FUCKING HUMAN FACTOR - PRECIOUS HUMAN FACTOR by the duo Markiewicz & Piron - theater of disorder and of confrontations articulated by a new contemporary myth. A fiction about two resuscitated goddesses, two gorgons or Medusas who confront each in their differences or their similarities, they fight each other or they kiss. We don’t know, we cannot predict. They are a metaphor for human duality and just like them, we as humans or citizens confront ourselves to circulating ideas and actions, to History in the make.
In pfh* we simply extend our work on human beings and history - both cinematographic, pictorial and plastic, see theatrical. We invite the public here into a cinema-theater staged by paintings, projections, writings, reworked documentary images, but also synthetic images and an experience in virtual reality (due to Covid 19 pandemic, replaced by a double video projection) created in collaboration with Gil Pinheiro. All these elements are punctuated by a multilingual soundtrack and a narration, a text written by the artists and interpreted by the voices of two actresses, Elisabet Johannesdottir and Amandine Truffy. The music is composed by Kevin Muhlen and is accompanied by the singing of Ásta Sigurðardóttir. The sound occupying the exhibition space is presented as an immersive installation created by Sonic Invasion. Yuko Kominami, dancer has been modeled here and she embodies the two giant goddesses who weave the bottom of the story of pfh*.
pfh is what is called in Quebec, according to astrophysicist Hubert Reeves, the "fucking human factor". A very simple observations: a human being can turn History, on the wrong or on the righty side, depending on him or her looking away from major issues, or recognizing what is precious, confronting human and terrestrial issues, all this articulated by an overload of images, sounds and words.
pfh* is an invitation to reflect within the human community, its body made up of actions, words as well as their sounds and their images.
The exhibition as a whole offers both a certain distance as well as an implication. Above all, it offers an interrogation, that of the historical role of human beings, their heroism as well as their repetitive disengagement through various and monstrous ontological ruptures. A disengagement which results among others in slavery, racism, colonizations and genocides. Among all these historical facts and tragedies may stand women, men or children who accept to confront themselves and who become something we might call professional human beings. They make choices. Anyone can make that choice and sacrifice their fucking human factor and transform it into a precious human factor.
pfh* has several extensions: a dance and sound performance with Yuko Kominami and Kevin Muhlen, a publication and conferences, among others in collaboration with Tate Modern.
The solo exhibition opened in march 2020 at Pomhouse, Dudelange. 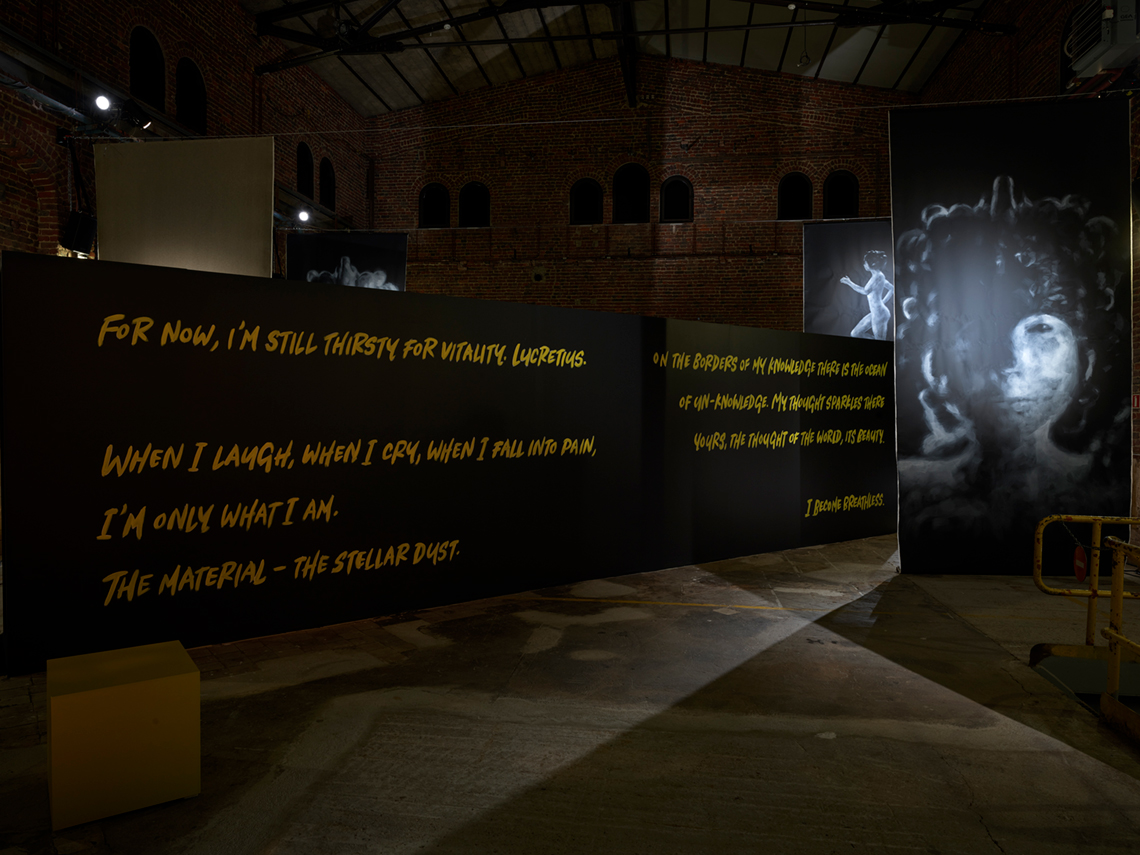 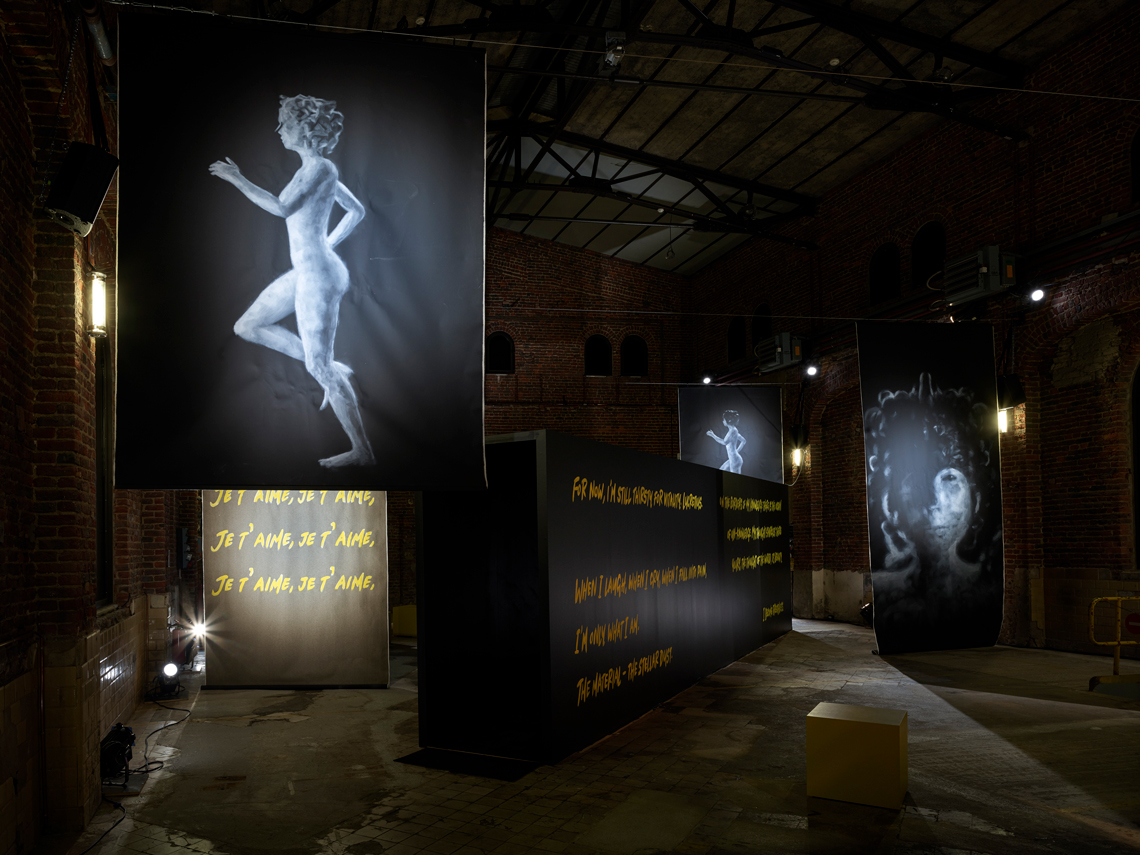 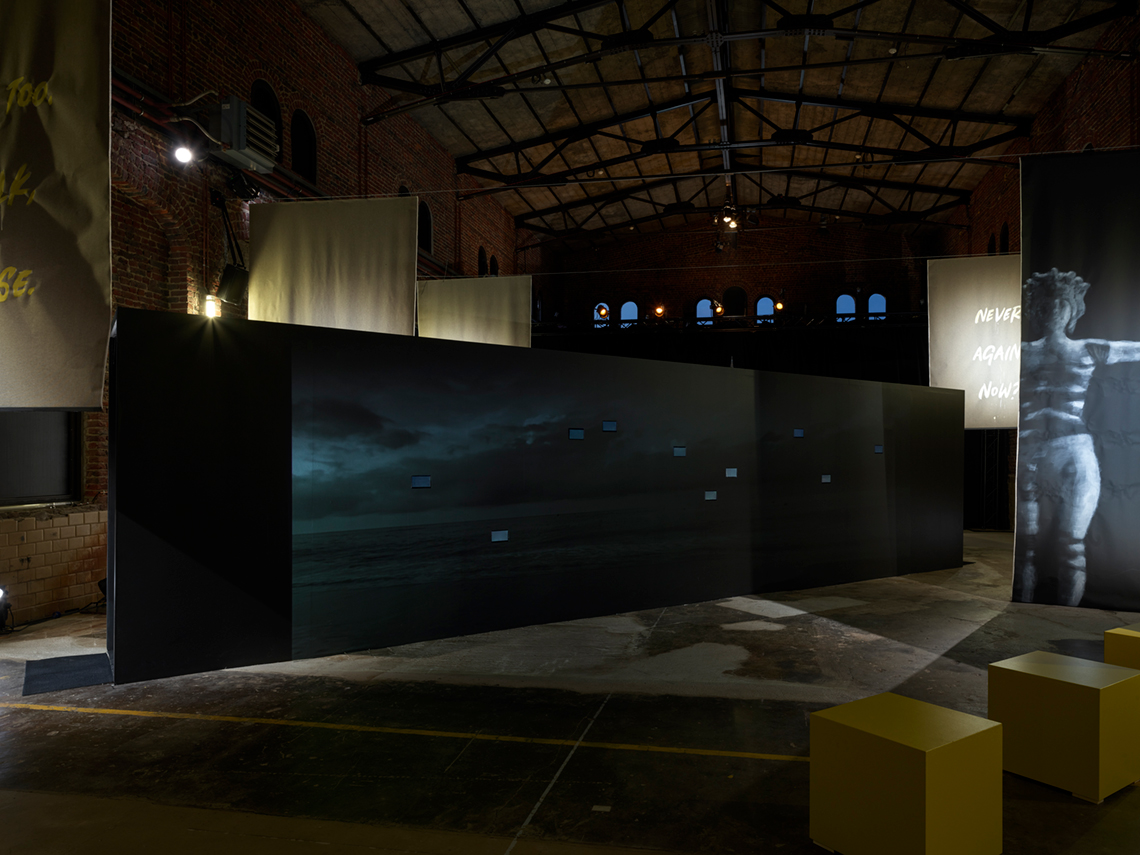 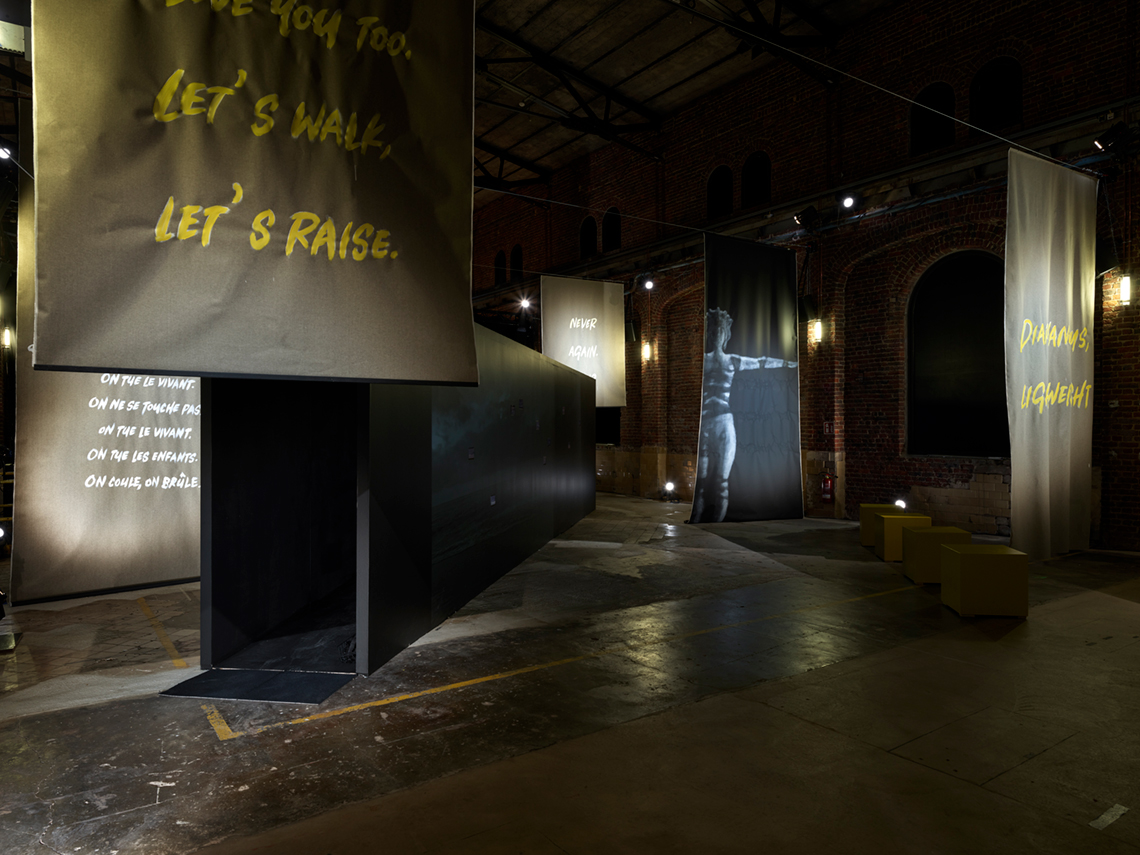